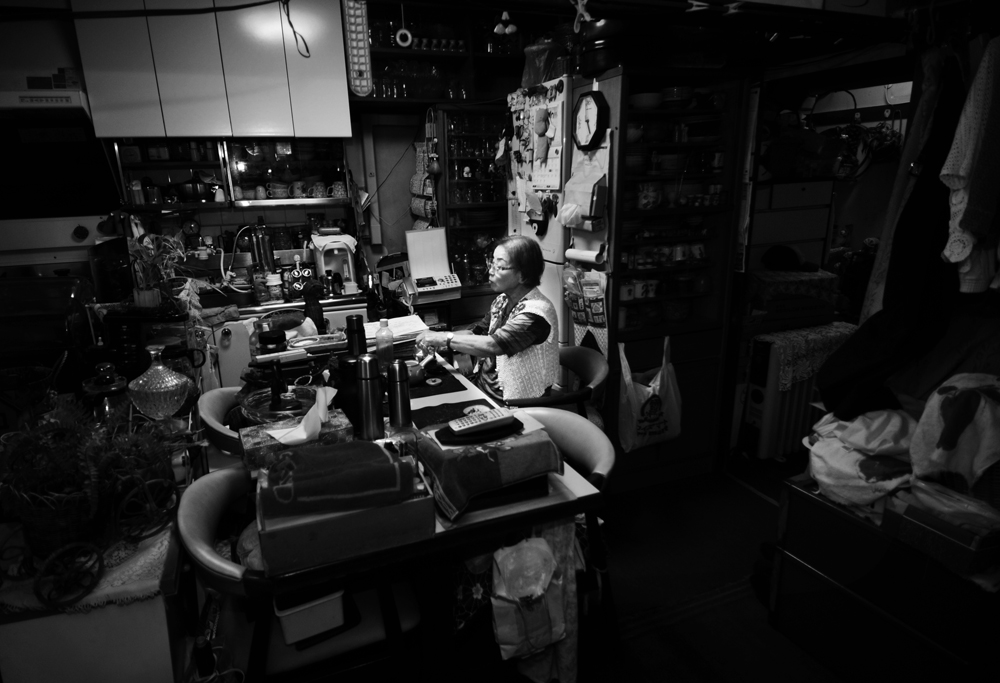 Kazuko Murakami, 79, makes a pot of tea in the dinning kitchen. She has lived in the Hanahata Danchi's 2DK unit (two rooms in addition to the dining kitchen) for 45 years with her husband. Both of residents above and below her unit already moved out. She won the Hanahata Danchi's residential lottery after numerous failed attempts -20 times- on other Japan Housing Corporation lotteries. She says, "If I have to move out,,,very hard to think about it especially for my age... I will have to throw away so many things. That's for sure." 2009/09/19