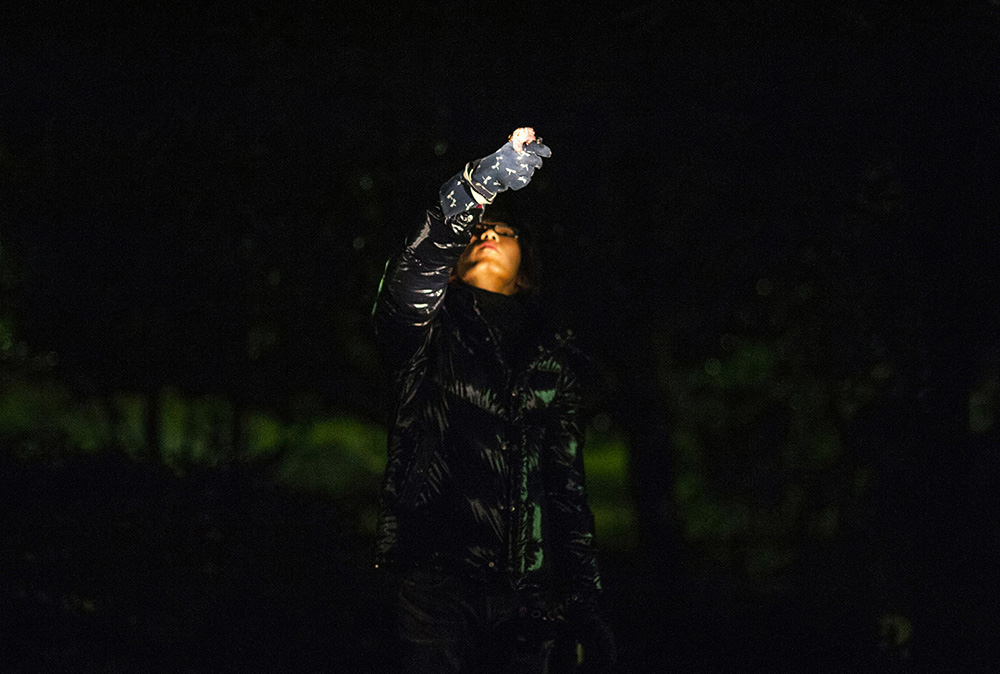 Takanori Suzuki, 25, tries to lure back his Harris Hawk, "Cha Cha Maru" with bait desperately because “Cha Cha Maru” decides not to move an inch from a tree at Kiba Park. It is often happened because the hawk has been domesticated his entire life and loses a sense of direction and is confused and scared by encountering with wild animals like crows or cats during falconry. Suzuki called it a day on that day. Eventually, “Cha Cha Maru” went back to Suzuki’s hand safely next morning. 2011, Koto-ku, Tokyo, Japan.